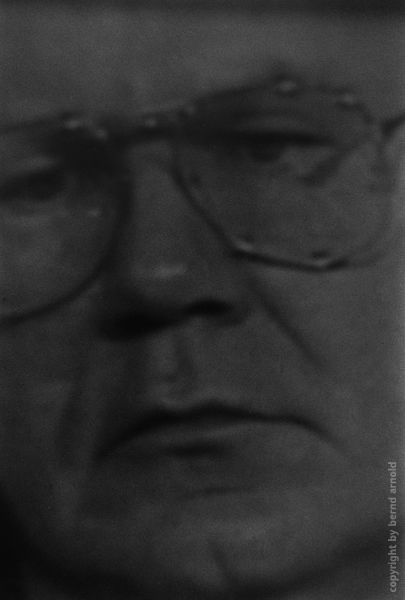 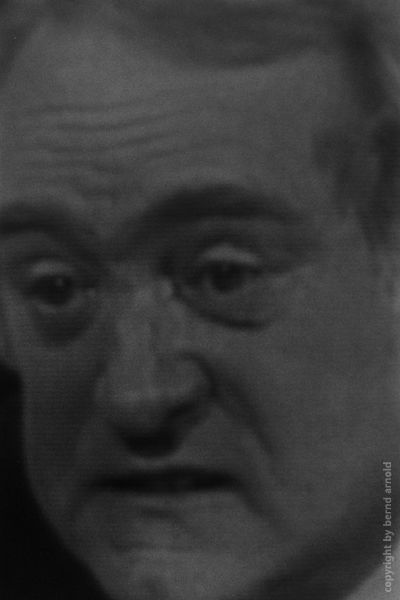 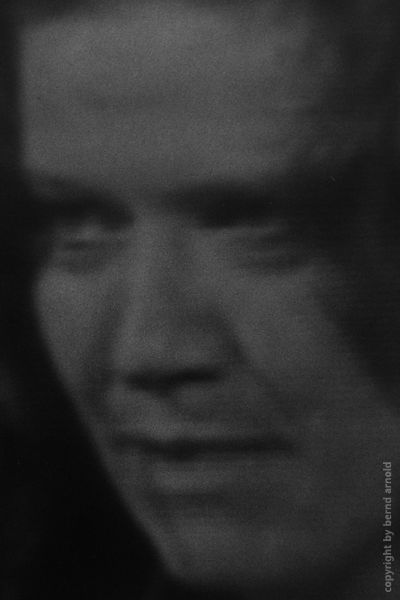 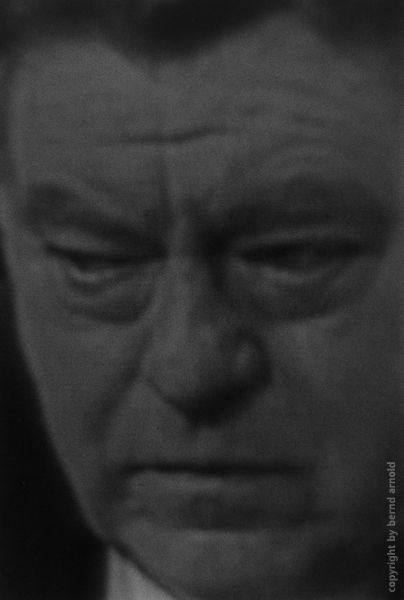 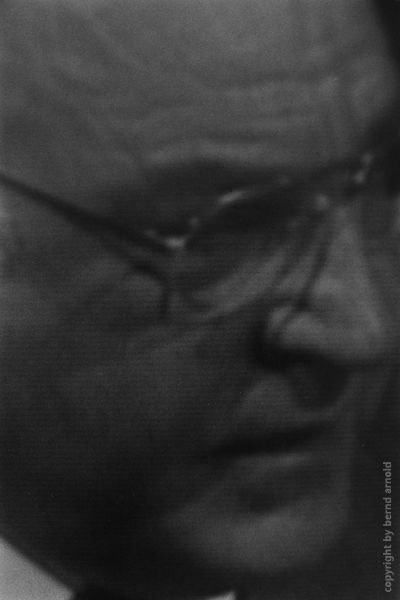 Portrait study of the most important politicians before the Bundestag elections. The pictures are taken from the analogue television monitor during the live broadcast. Television as an augmented reality could become part of portrait photography. Cologne, 1987. Part of cycle DIGITALIS. 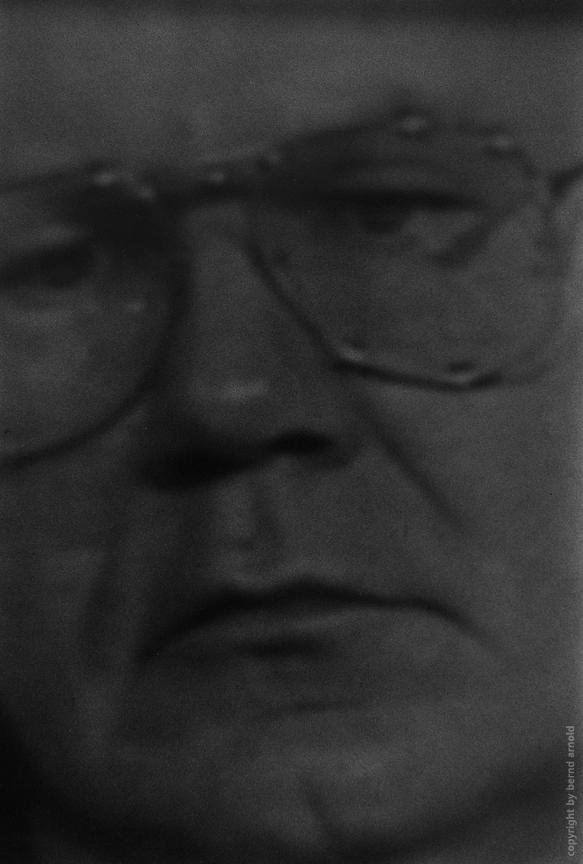 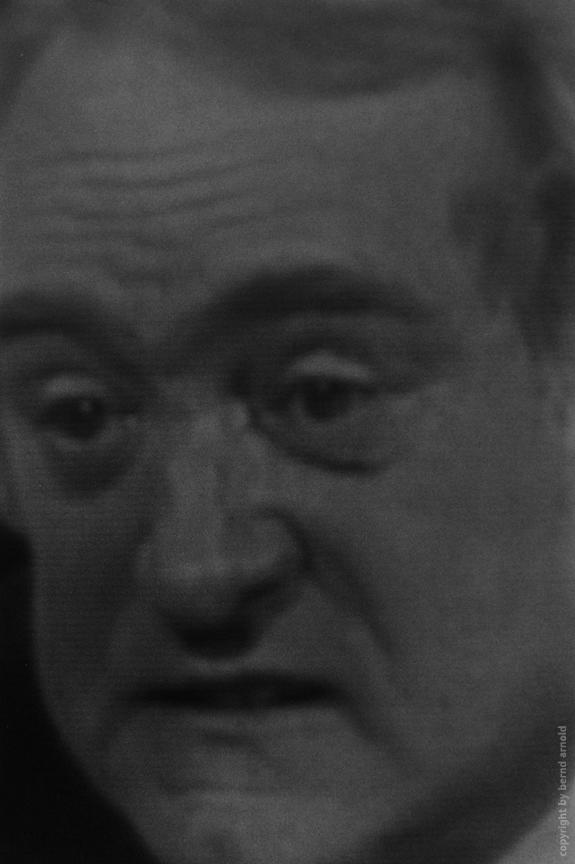 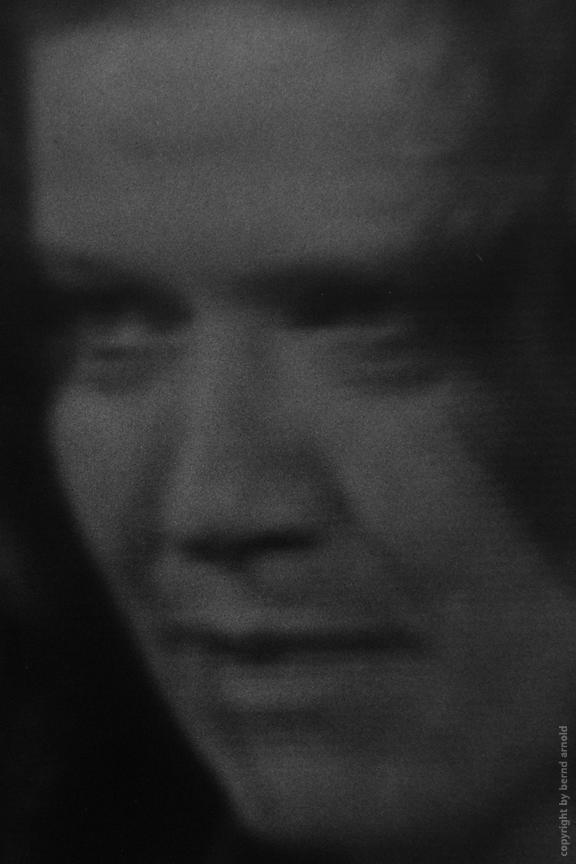 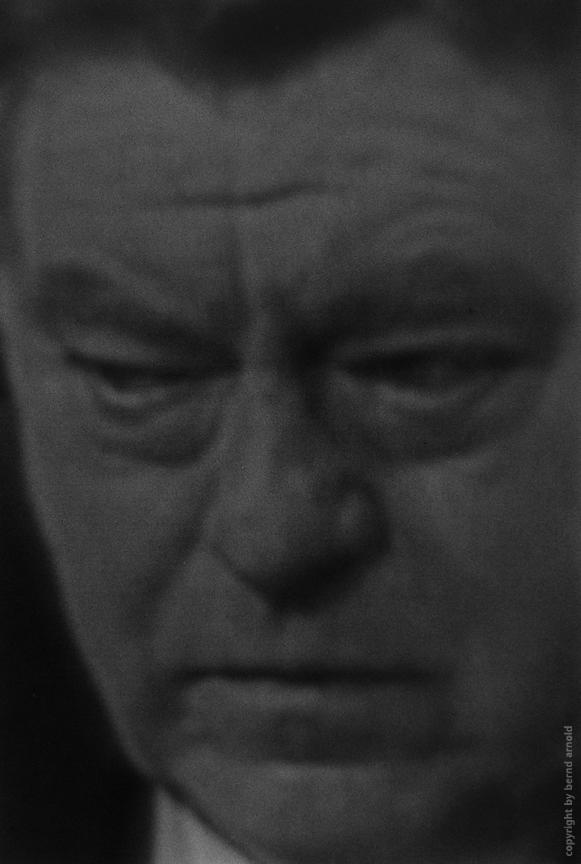 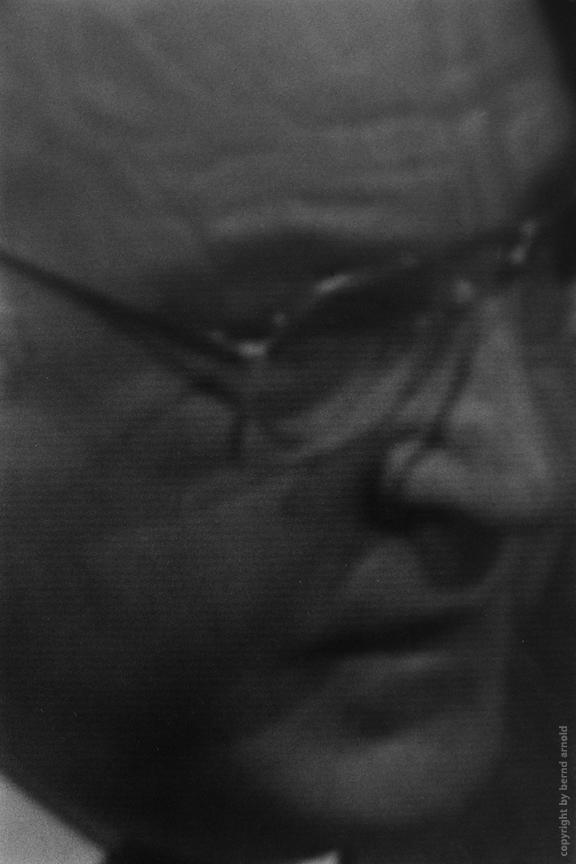